Zombie Nation’s ‘Zombielicious’ Album was released on ZN’s own UKW Records imprint in 2009 on double Vinyl, CD and digital.

“If I had to pick one of the albums as my favorite it would be Zombielicious. A lot of attention to detail was given to everything from artwork to song selection and mastering. Zombielicious is an evolving step from the previous Black Toys LP where I really nailed the gritty warm sound. I wanted to take it even further on the next long player, and took control of everything. I remember the pre-mastering process involved an obscure Equalizer which I borrowed from Andy at Vertigosound. It was a one of a kind Equalizer which they named Munich 1960 EQ, apparently a one-of-a-kind prototype. There are no settings or anything, it’s only job is to add air on top of a mix. It’s hard to describe, you’d switch it on and notice a slight sparkle in the high frequencies, nothing major. But then when you switch it off it’s like somebody let the air out of the ballon and the sparkle is gone. I know that sounds really nerdy, but it shows that the level of detail was applied to everything, including an invisible spell on top of the final mix” – Florian Senfter

The CD artwork is a clear CD tray with a white circle which was screen-printed by hand directly on the jewel case.
The distinct dripping lips logo was designed by Beagle at Designliga Munich.  On the CD case it is interacting with the CD print underneath, creating a multi-layered three dimensional artwork.
The double 12 inch vinyl release has a cutout of that label, creating a related effect between inner- and outer sleeve. 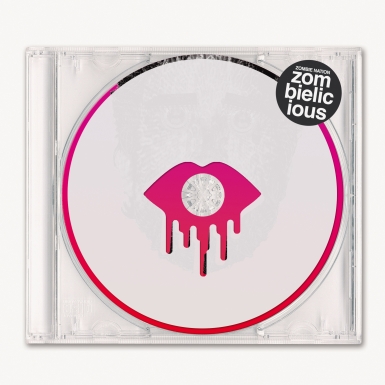 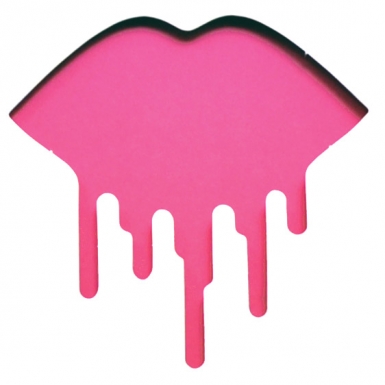